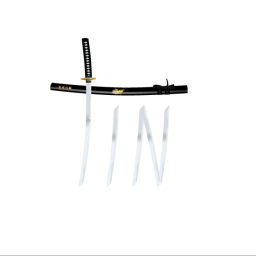 The Interim Budget 2019 for Salaried Employees

Budget 2019 is just around the corner, and everyone is curious to know what it has for them. Before we move on to the budget, let’s have a quick recap of what we know so far about the budget and the basic things you need to know to get started.

Union Budget defines how the country is going to function and its utilization of resources for rest for the Financial year. Thus it directly or indirectly affects everyone.

Usually, the budget is presented in February, a month before the new financial year starts. But in the election year, the changing government presents an interim budget whereas the full budget is released by the new government elected.

The Interim Budget 2019 released by the interim finance Minister Piyush Goyal has brought some relief to low and medium salaried employees.

A few changes in this year’s budget that is going to affect the majority of people are:

Before we proceed any further, you need to know that tax rebate is not the same as tax exemption. In case of tax exemption, you are not supposed to pay tax on the amount exempted.
Whereas Tax Rebate enables you to get a tax refund if your total taxable income is lower than the agreed limit ( 5 lakhs in our case), though for that you need to file the tax returns.

The concept of standard deduction was reintroduced in the Budget 2018 (after it was dropped in 2005) which replaced medical allowance and transport allowance.
This allowed all the taxpayers to avail a standard deduction of Rs 40,000 from their taxable income irrespective of whether he/she is meeting the transport/medical expense or not.
Last year it was applauded by the majority of people, and this year it is even better since the standard deduction limit has been increased from Rs 40,000 to Rs 50,000 in The Interim Budget 2019.

The investments that you have made in a bank or post office deposits are subject to tax. But as per section 80TTA, interest amount generated up to Rs 10,000 (from all the investments) would be tax-free till last financial year. The interest amount exceeding Rs 10,000 would be taxed as per the standard tax slabs.
In the Interim Budget 2019, this limit is increased to Rs 40,000. Therefore, no tax until your interest exceeds Rs 40,000.

On the 5th of July, the Union Budget 2019 will be presented by India’s newly appointed Finance Minister Nirmala Sitharaman. Let’s see if we are in for some surprises.

Enter your email address to subscribe to this blog and receive notifications of new posts by email.